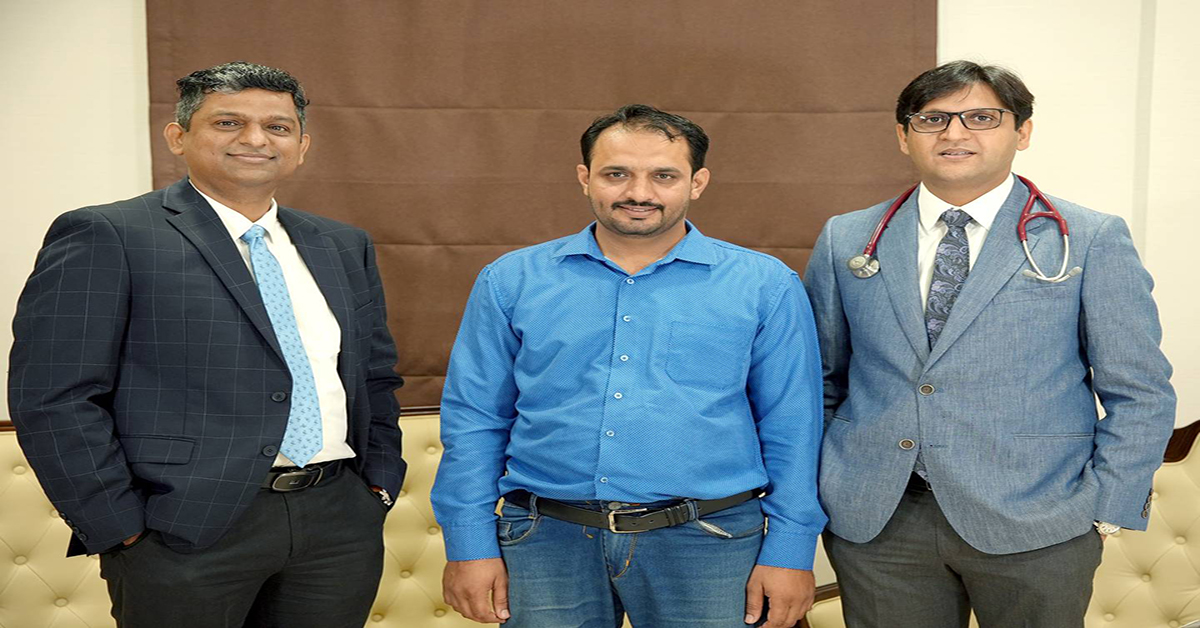 A Pakistani man is recovering in hospital in Sharjah after doctors removed 200 kidney stones by making a small surgical incision in his back. Mian Khan, 38, feared he would lose his kidney altogether because of the debilitating condition caused by a build-up of uric acid, usually a result of not drinking enough water.

Mr Khan, who lives in Dubai, has lived with the condition for four years, but when the pain became unbearable, he was admitted for specialist treatment by a urologist at Burjeel Specialty Hospital in Sharjah.

Dr Vaibhav Gorde, a urologist at the hospital, said Mr Khan suffered from staghorn calculus, a condition in which a large renal stone branches out in the entire kidney. He eventually removed 200 stones in a lengthy operation.

Although Mr Khan left the hospital after three days, complications led to him being readmitted soon after with a large clot in his bladder and bleeding in his kidney.

“This is a rare recovery complication that occurs in 0.6 to 1 per cent of cases,” Dr Gorde said.

“At this juncture, there are only two options, either remove the kidney or a kidney-saving option called angioembolisation which involves very selectively stopping the bleed from vessels of hardly 1mm in size.”

Specialist surgeons including Dr Rahul Chaudhary and the hospital’s cardiology team took over to take on the 40-minute procedure and save Mr Khan’s kidney. The surgery saved his kidney and after a few days of recovery, he returned to his job as a driver.

“I used to be in so much pain that while driving, I would keep one leg on top,” said Mr Khan, a father of three children who are all in Pakistan.

“I had to keep a water bottle and a pillow on the left side of my stomach while sleeping because I could not bear the pain. I had lost all hope.

“I feel like I have a new lease of life. In three days, I got back to normal, and now I can do my work well.”