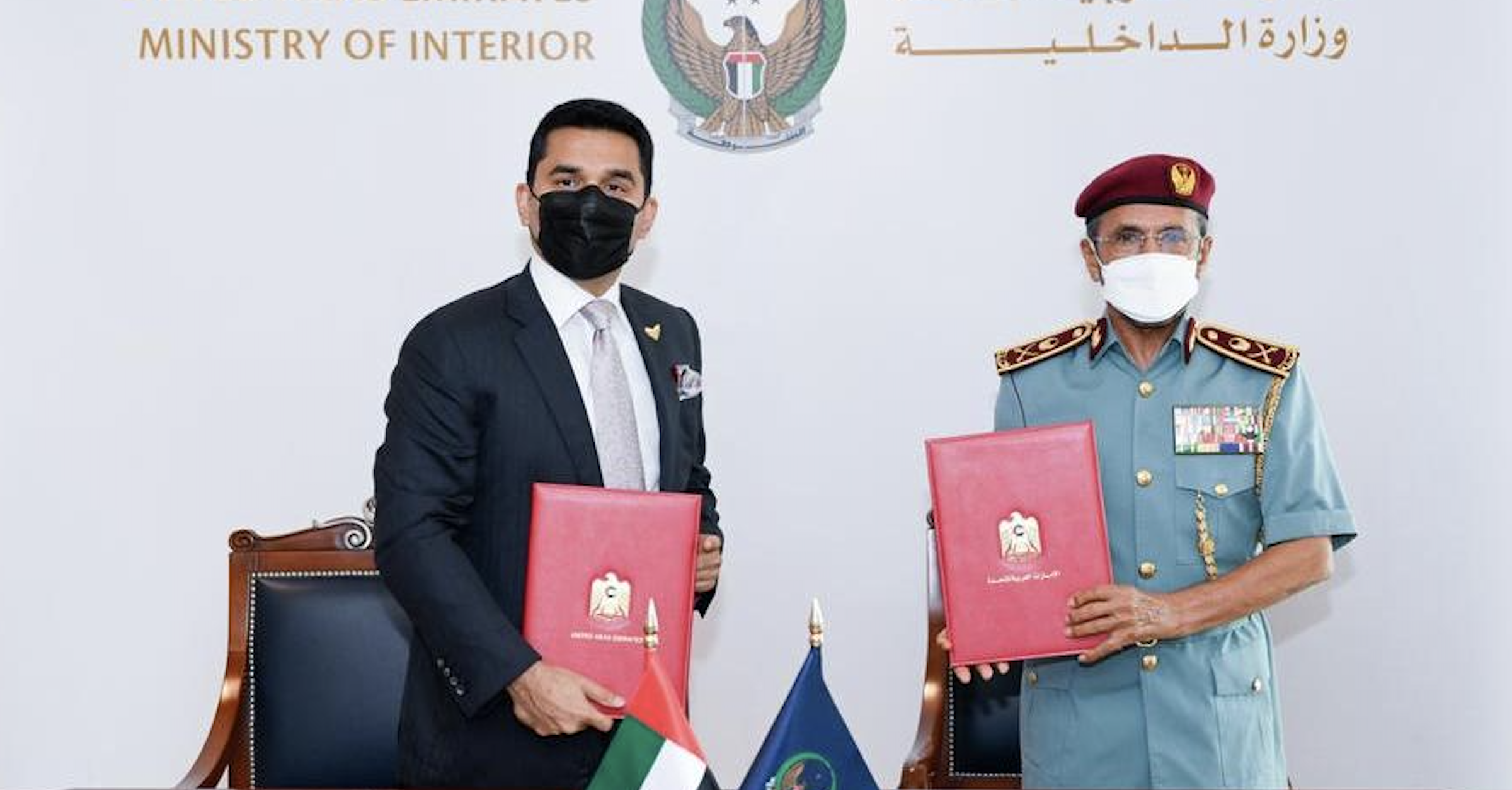 ABU DHABI, 27th June, 2022 (WAM) — The UAE Ministry of Interior (MoI) has signed a Memorandum of Understanding (MoU) with Burjeel Holdings to provide healthcare and medical services to MoI employees and retirees. The MoU reflects the commitment of both entities towards reinforcing existing channels of cooperation, as well as benefiting from the various opportunities related to providing medical services.

The MoU was signed by Major General Khalifa Hareb Al Khaili, Under-Secretary of the Ministry of Interior, and Dr. Shamsheer Vayalil, Founder and CEO of Burjeel Holdings at the MoI headquarters.

The agreement includes dedicating the Burjeel MHPC Premium Health Centre at Marina Mall exclusively for the Ministry’s staff, retirees and their families. Additionally, they will be given priority while being treated at hospitals or performing physical fitness tests and assessments. The premium service also includes home care, medicine delivery and medical coverage across all Burjeel Holdings hospitals in Abu Dhabi, Dubai, Sharjah and Al Ain.

Dr. Shamsheer Vayalil said, “We are honoured to be supporting social responsibility in the UAE by serving the Ministry of Interior’s unsung heroes who protect and serve this great nation. The agreement further highlights the importance of collaboration between entities in this country.”