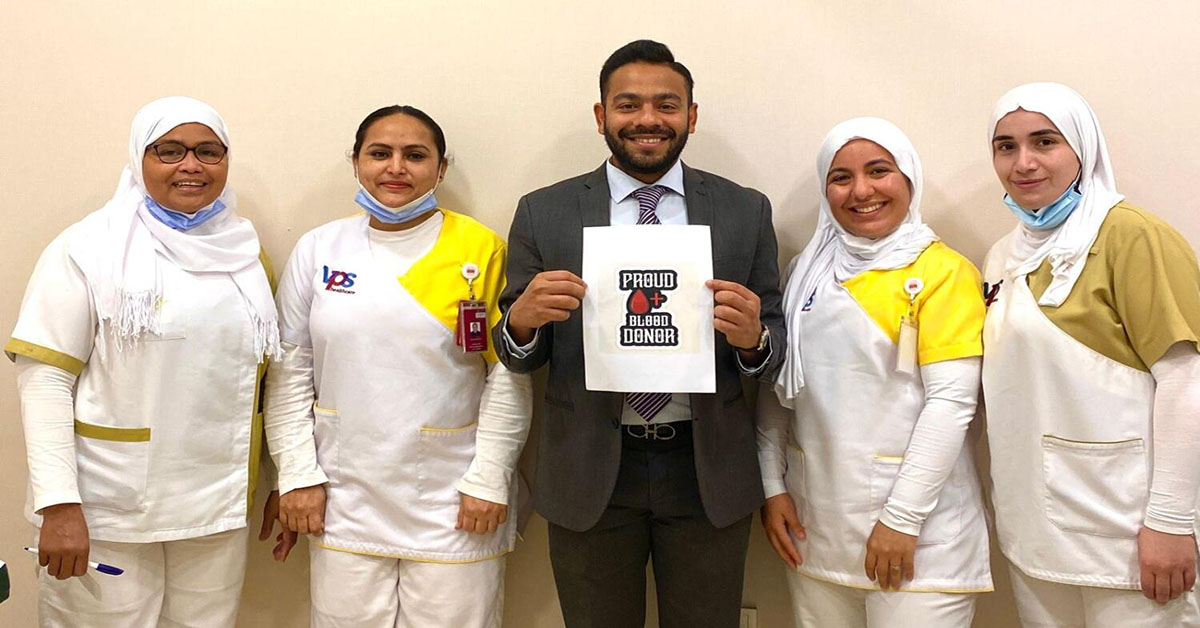 Five years ago, Roy Rajan received a phone call pleading with him to donate his O-negative blood, a rare group, for an emergency case. The Abu Dhabi resident fought his intense fear of needles and blood to donate for the first time and save a life. Since then, he has been donating blood every three months.

“I still remember that day in the summer of 2017. It was a common friend who phoned me to save someone’s life in an emergency,” said Rajan.

People with the O-negative blood group are universal donors. O-negative is a rare blood group found only in 7 per cent of the population. It is always in demand as it can be given to patients of all blood types. In emergency situations, it is the first choice for transfusion before the doctor determines the patient’s blood type.

But Rajan had a fear of needles and blood his whole life and had never donated before.

“That night I realised the importance of donating blood,” says Rajan. “I walked out of the Abu Dhabi Blood Bank Services (ADBBS) with a new outlook on life and my head held high. I decided to keep doing it as much as possible. The feeling was awesome, and I realised it was so much bigger than my fear,” said the 34-year-old, who has been residing here for the past 10 years.

Roy works as a senior marketing executive at Burjeel Medical Centres in Shahama, Shamkha, and Al Zeina. Despite his hectic work schedule, he donates blood every three months. In the last five years, he has donated 18 to 20 times and is glad to make a difference in people’s lives. He also encourages his friends and colleagues to donate blood.

“After the first donation, SEHA blood bank officials send messages whenever there is a shortage or emergency. These messages are touching and give me the encouragement I need to donate. I go once every three months and do my bit. Of course, I am still apprehensive before stepping into the blood bank due to my fear of needles, but then I remind myself that I need to do this to help others,” added Rajan.

Roy’s mother’s untimely demise 10 months ago opened his eyes to the importance of timely support in saving lives. As painful as her passing was, it gave him renewed determination to save lives through blood donation.

Even though he still experiences butterflies in his stomach before he steps into the blood bank, Roy reminds himself that the blood he’s donating will help somebody’s loved one.

As a regular blood donor, Roy has become a familiar face at the blood bank. The medical staff are fond of him and share a good rapport with him. Aware of his discomfort with needles, they always ensure he is comfortable during the donation process.

Even though he is someone who regularly donates blood, Roy understands the anxiety and misconceptions people have about blood donation.

“Blood is valuable, and you can’t just go and buy it over the counter. I feel great when I’m there donating blood and hear them say that someone’s life was saved because they got blood in time. My message to people who are considering blood donation but are held back by anxiety is that you don’t need to worry. After all, the feeling of helping someone is more satisfying than being held back by your fear.”

Roy has donated just a few days ahead of World Blood Donor Day, which falls on June 14.

Healthy community members between 18 and 65 years of age can donate every 56 days. A single pint of blood can save three lives.