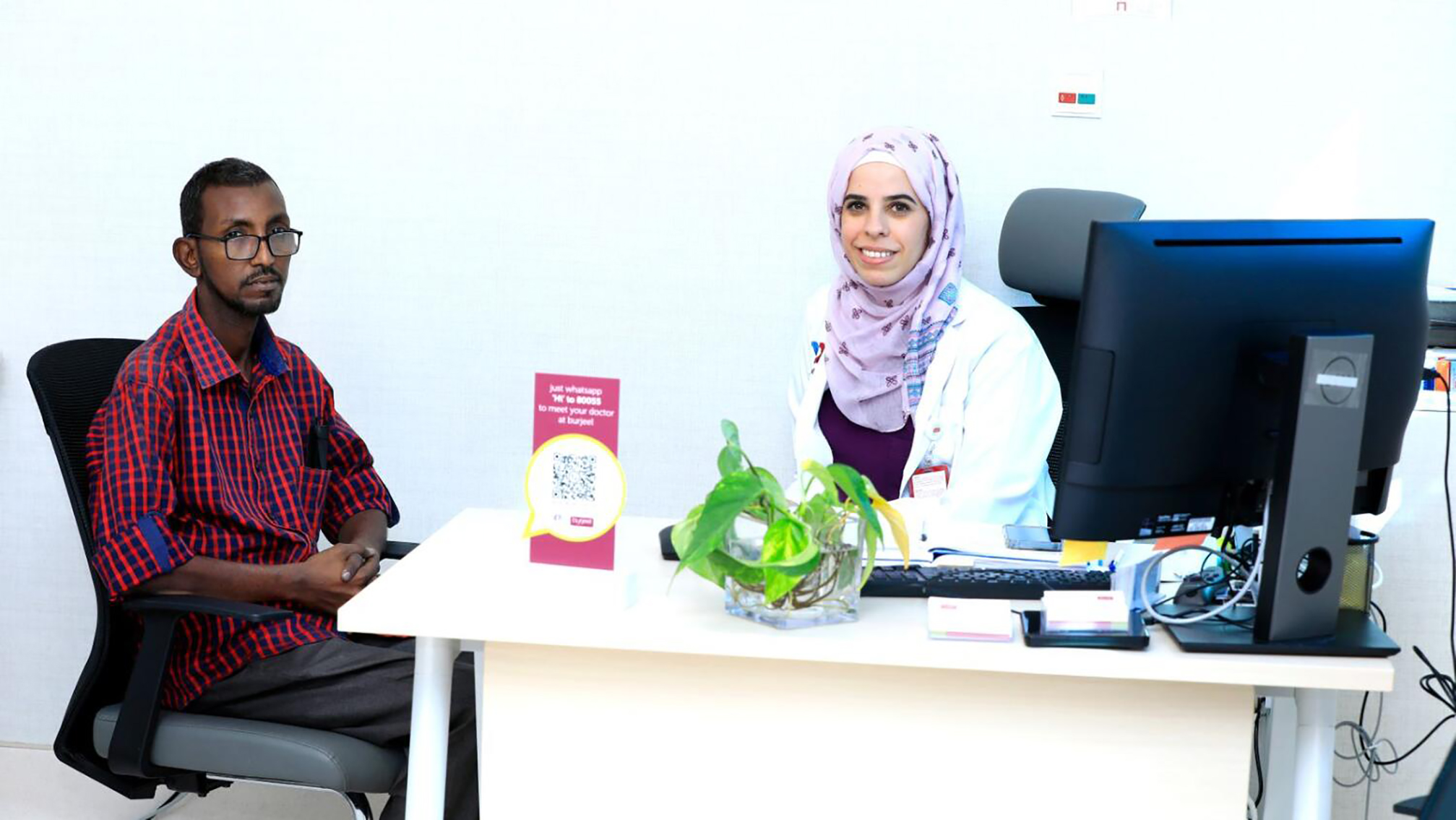 UAE doctors performed a 12-hour surgery – one of the longest in the world — to extract a 4-centimeter tumour from the pancreas of a 37-year-old Sudanese man. When Osman Ahmad Osman began experiencing abdominal pains in October 2021, he thought it was just a case of jaundice. But fate had other plans for him. When he visited doctors, he was shocked to learn that he had cancer. But the Sudanese man had deep faith that all would be well as he bravely accepted the truth. “I was optimistic that I would overcome this crisis,” Osman told Khaleej Times. Osman soon visited a private hospital for treatment of the cancer that can often be fatal. “I had my first surgery in November last year, and the second surgery was conducted in May 2022, but at a different hospital. However, the two surgeries were unsuccessful and doctors told him that since the tumour was attached with adhesions, they could not remove it. By now, Osman had begun losing hope and was on the verge of despair. On his friends’ suggestion, Osman decided to consult doctors at Burjeel Specialty Hospital in Sharjah. Dr Rehan Saif, clinical lead & director, hepato pancreaticobiliary surgery & transplantation, Burjeel Specialty Hospital, Sharjah, who attended to the case, said: “It was a complex case as the tumour was not resectable (able to be removed by surgery). But, we did not give up hope and after a thorough review of Osman’s medical history, we felt confident that we would be able to perform the surgery successfully,” said .

Dr Saif and Dr Tasneem Abu Al-Foul, general surgery specialist and Dr Osama, consultant & head of anaesthesia, decided to perform the ‘Whipple procedure,’ which is used in case of tumours and other disorders of the pancreas, intestine, and bile duct. Usually, such surgeries take about six hours, but the challenge in Osman’s case was different — doctors had to undo the changes from the previous two surgeries.

“Performing this kind of surgery for the first time itself is complicated. So doing it the third time was more difficult. The patient’s history made it more complex and complicated,” explained Dr Saif. Dr Tasneem said that in the previous two surgeries, Osman had severe adhesions in the intestine and the previous triple-bypass had to be undone first before doctors could perform pancreatic resection and reconstruction. “During the surgery, we used the latest technology to reduce the rate of bleeding. We overcame the challenge of dealing with a patient whose abdomen was opened twice previously, and the complications that resulted from it,” she said. But the complex surgery proved to be a lifesaver and Osman was discharged from the hospital after 10 days with pathology results confirming that he was free of cancer. However, doctors say Osman will need to undergo chemotherapy for 3-6 months as per the usual procedure in the case of pancreatic cancer patients. Osman is grateful to the doctors and God. “I am thankful to the Almighty for saving my life. The doctors at the hospital did a great job, as I had lost hope. I am grateful to all the staff of Burjeel Hospital. I was able to fight this disease because of the support from my family who stood by me throughout,” he said.