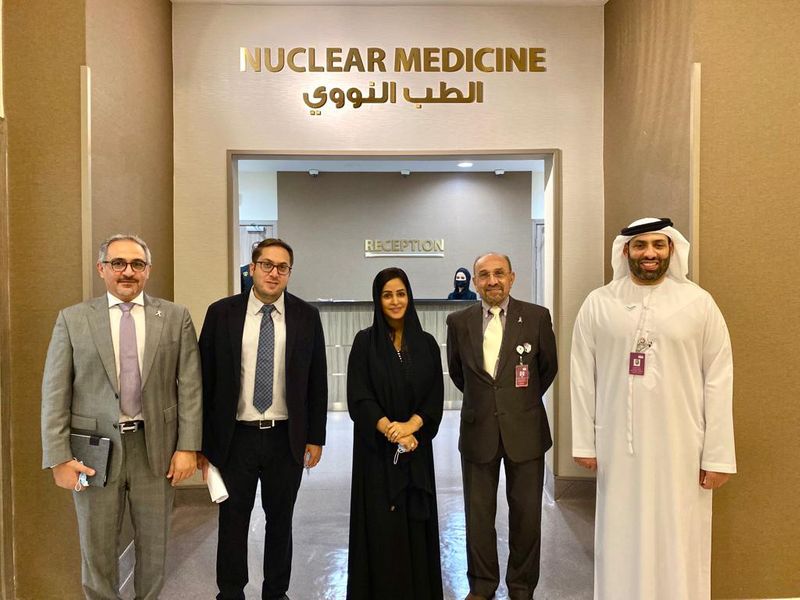 Abu Dhabi: What was meant to be a month-long visit turned into a 36-year stay in UAE for Iraqi expat Dr Abdul Rahim Al-Suhaili. Now 76, the expert is regarded as one of the early stalwarts to set up a nuclear medicine department at an Al Ain hospital.

“I was invited by Tawam Hospital back in 1986 to inspect their nuclear medicine department. The brief given to me was to look at the equipment, run some tests and make recommendations to expand the department. It was a temporary visit for just one month. But at the end of the duration, I had an offer from the hospital to join them on a permanent basis,” he said.

“I landed in November 1986 onboard Gulf Air. My flight landed at midnight. The UAE was preparing for its 15th UAE National Day. The cities of Abu Dhabi and Al Ain were lit up in bright lights in preparation for the celebrations,” he said. He recalled that prior to his flight to Abu Dhabi, Al-Suhaili thought he was visiting a desert. “So you can imagine how surprised I was to see how green a city Al Ain was. The day after I arrived as I walked around in the city – I saw that the city was so green. The palm trees made the city look so beautiful.

“A friend had told me that I was going to the edge of the Empty Quarter [a vast desert]. But when I reached here, the city looked radiant and bustling with life. The weather in November was so amazing and I did not feel like I was living in a desert.”

He added that as an Iraqi, he shared a special connection with palm trees. “Palm trees are an integral part of our existence as Iraqis. In each one of us, there is a soul nurturing the seeds of a palm tree. So I fell in love with the city of Al Ain thanks to the great landscape around,” Dr Al-Suhaili said. Dr Al-Suhaili said that his visit was only for a month and during that time, he learnt so much about the UAE. “The Founding Father of the UAE, the late Shaikh Zayed in Sultan Al Nahyan, had a vision. The UAE was also taking firm steps to grow as a nation. And this was very heartening to see.”

“He [Sheikh Zayed] said hospitality and customer care was top priority for the UAE. I knew then if there was an offer for a job I would consider it. Lo and behold, by the end of the month, I had a job offer. I went back to Kuwait where I was living before my visit to UAE. From there I went on Hajj pilgrimage. When I was in Mecca, I telephoned my family to enquire about them. My daughter said I had a call from Tawam Hospital and that I had return the call. I called them and they made me an offer I could not resist. The rest is history as they say,” said Al-Suhaili.

‘I was so touched’

During the one-month stay he had realised what a close-knit community we lived in. “The hospital took such good care of me. At my residence, I would find pre-prepared meals in the fridge. Fresh water bottles by my bedside. A list of numbers to contact. A pamphlet that introduced me to the customs and culture of the community and a complete map of the city of Al Ain. I was so touched. As an Arab from a tribal background, I was overwhelmed by a feeling of belonging. It was like a return to my tribal origins, which I feared I had lost during my stay in Europe and the USA. In the UAE, my roots got deeper.” On July 29 1987, Dr Al-Suhaili assumed his new position in Tawam Hospital. He was also given an adjunct position as an Assistant Professor at the College of Medicine in UAE University. He recalled spending every Thursday in the majlis of his friends. “We prayed Jummah [Friday] prayers together and stayed up late at night on their farms after falcon training. We went driving in the desert dunes and spent nights until 3am around campfire. Since I left Al Ain for Dubai in 2004, friends have showered me with their kindness and promised that their doors will always remain open whenever I visit them in Al Ain again.”

Dr Al-Suhaili acquired his professional qualifications globally. In addition to an MB, Ch.B., from the School of Medicine, Egypt, he holds an M.Sc., from the University of London, UK; an European Board qualification in Nuclear Medicine from Austria; and another advanced qualification in the subject from the Asian School of Nuclear Medicine, Japan. He is a certified member of the Medical Associations of the UAE, Austria, USA, UK, Korea and Australia and is the present chairman of the Emirates Osteoporosis Society (EOS), and the past president of the Pan Arab Osteoporosis Society (PAOS).

Following his residency programme in Radiology & Atomic Medicine in Iraq, Dr Al-Suhaili worked at John Hopkins Hospital, USA, under an American Fellowship and with the University of London for a Post-Graduate Fellowship. After completing a successful career period at the Hammersmith Hospital, UK, where he made several special achievements, he took up a senior teaching position as an assistant professor in the School of Medicine at the UAE University. During this period he was also inducted as an examiner for the Asian Nuclear Medicine board certification (ANMB), in Japan, Korea and the People’s Republic of China. Al Suhaili conducted breakthrough interventions in radio-guided surgery, thyroid ablation with high-dose radioiodine, and bone density blood transfusion for Thalassemia children. He said he was the first professional to be appointed as Nuclear Medicine Physician in the UAE; he pioneered Bone Mineral Densitometry in the UAE, and also received an award from the Emirates Medical Association. A prolific writer and presenter on the subject in English and Arabic, Dr Al-Suhaili has been very active in the promotion of his chosen medical speciality in seminars, panel discussions, interviews and through international medical journals and other forums. He is also regarded a good mentor of upcoming medical professionals in their career.

Dr Al-Suhaili said he is very passionate about Trance-Arterial Radionecluide Embulisation. “It is about treating certain cancer by direct injection of radioparticles inside the tumour. At present I am working to introduce this procedure at Burjeel Medical City in Mohamed Bin Zayed City, Abu Dhabi. I believe it will be a success.”

In the years that he has lived in the UAE, Dr Al-Suhaili said he is very grateful for how his family has grown in the emirates. His wife Nada Naji and their five children – Yosor Al-Suhaili, Dr Zaid Abdul Rahim Al-Suhaili, Lena Al Suhaili, Ibrahim Al-Suhaili, and Dana Al-Suhaili – have made the UAE their home. “I lived in many countries but ultimately felt at home here in the UAE.”