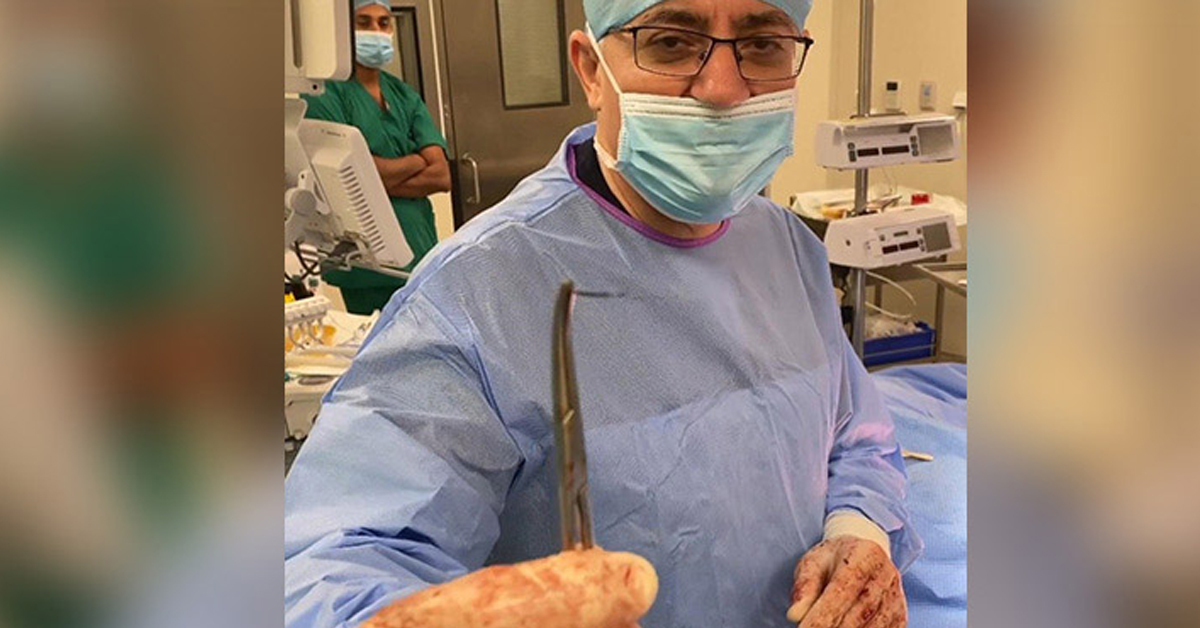 A medical team at Burjeel Royal Hospital in Al Ain found part of a needle which doctors had lost 10 years ago in the pelvis of a woman who had a Caesarean in her home country in Africa, where the surgeon sewed the patient’s abdomen after he was unable to find the broken part of the needle.

Dr Mohammed Sobhi Al Saed, consultant of obstetrics, gynaecology, infertility, gynaecological oncology and laparoscopic surgery at Burjeel Royal Hospital in Al Ain, said that the patient rushed to the hospital complaining of frequent feeling of tingling in the pelvis caused by the part of the broken needle which doctors could not find at the time.

Al Saed added that the patient underwent an MRI to locate the part of the needle, and then had surgery to remove it from the pelvis, which took less than an hour and a half.