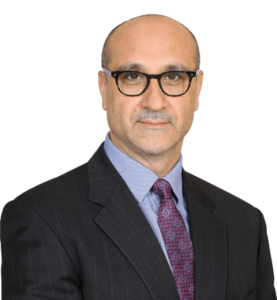 Dr. Amit Kumar is Chief of Vascular and Endovascular Surgery. He completed his General Surgery Residency at the University of Rochester in Rochester, New York. He then pursued his Vascular Surgery Fellowship at the top-ranked Cardiovascular Centre in the United States – The Cleveland Clinic in Cleveland, Ohio. He is an American Board of Surgery Certified, a Fellow of the American College of Surgeons, and a Member of the Society for Vascular Surgery, USA. Dr. Kumar’s interests include mainly Endovascular treatment of Diabetic Feet, Dialysis Access and Maintenance, Aortic Dissections and Aneurysms involving the Thoracic and Abdominal Aorta, as well as Venous Disease and Wound Care. In addition, he has extensive experience in minimally invasive (RFA, EVLT, Venaseal) treatment of venous insufficiency & varicose veins. Dr. Kumar has performed several firsts in Vascular Surgery in the Middle East as part of the more than 7,500 Vascular and Endovascular procedures over the last nine years. These include the first successful Atherectomy, the first use of a Drug-Eluting Peripheral Stent in the Middle East, and the first use of the Venaseal system in the region. His research interests pertain to clinical aspects of Vascular Pathology, such as the first Multicenter Vascular study in the Middle East, The ABC in PVD study. In addition, his book “Handbook of Endovascular Interventions” has become one of the most downloaded book chapters from Springer. He is also on the Editorial Panel of the journal “Vascular.”