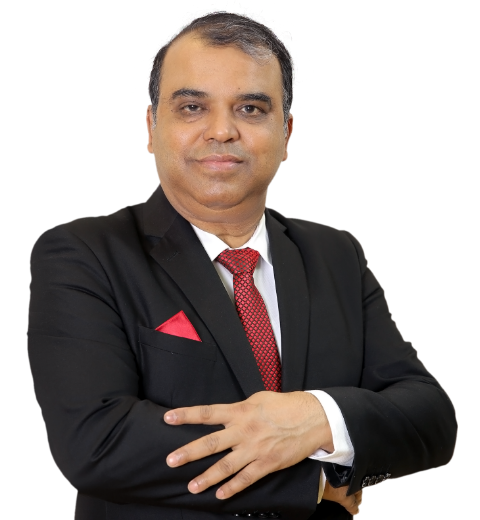 Dr. Paul earned his MBBS from SCB Medical College, Cuttack, Utkal University, India, in 1988, earning a Gold Medal in Eye and ENT. He was then awarded a proficiency certificate in Otorhinolaryngology (ENT) by the Director-General of Armed Forces Medical Services, Ministry of Defense, India, in 1998. In 1999, he earned a Master’s degree in ENT (MS) from the Armed Forces Medical College in Pune, India. Dr. Paul is well-versed in India and the Middle East. In India, he served in the Army as a Medical Officer from 1988 to 1995 and then as an ENT Consultant in various Army hospitals beginning in 1999. He later became an Associate Professor of ENT at the Armed Forces Medical College in Pune, where he remained until 2011. He is a well-known postgraduate teacher in ENT who is actively involved in research and teaching. Dr. Paul then relocated to the Middle East, where he began working as an ENT Specialist in 2011 at a private hospital in Abu Dhabi. In 2012, he was appointed Medical Director of the Hospital. Dr. Prabir Paul is a renowned expert with over three decades of experience. He is a Member of several professional organizations, including the Pune ENT Association and the Pune Head and Neck Association. He has participated in several national and international conferences as a delegate and faculty member and spoke at and chaired several scientific committees. He also founded a Speech Therapy Center for hearing-impaired children in India, for which he was recommended for the Special Services Award.